In February 2019, in cooperation with MeyerundKuhl Spezialwäschen GmbH, different fabrics (PBI Matrix, Nomex, X55) for the production of firefighters' clothing were contaminated with asbestos and the washing performance of the cleaning process for the asbestos species chrysotile and amosite was assessed by asbestos measurements on these fabrics before and after washing. For this purpose, the fabric samples were incinerated at 450°C in a muffle furnace and the ash was analyzed by scanning electron microscopy (SEM)/X-ray microanalysis (EDX) as a suspension preparation following the guideline VDI 3866, sheet 5, annex B:2017-06 (cf. Blecher et al., 2019).

By this method, the high washing performance could be proven, but since taking fabric samples from operational clothing to check for possible asbestos or AMF contamination is not possible in routine, a method for non-destructive sampling was developed and its effectiveness was tested and validated.

A non-destructive sampling of firefighters' clothing after an operation can only be performed by collecting superficially deposited dust through a suitable medium. In addition, there is the problem that the clothing is often wet or at least damp after an operation.

Classical sampling methods for dust by means of aluminum plates equipped with conductive carbon pads are not suitable because the amount of dust that can be collected is too small. The use of strips of defined length and width made of adhesive film does not appear to be applicable in practice. 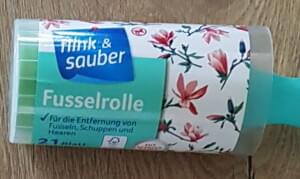 A commercially available lint roller with peelable adhesive sheets was considered as a feasible solution for large-area sampling on firefighters' clothing.

Since a direct analysis of the adhesive surface of the papers was ruled out due to their large area and an assumed only low load of carcinogenic fibers, mineral components of the preparation had to be enriched. For this purpose, the papers were incinerated at 450°C for 8 hours, analogous to classical preparation methods for asbestos analysis - see VDI 3866, Sheet 5.

The ash content of the papers is very high at about 30% by mass, so that the accumulation is still too low for reliable detection of carcinogenic fibers, especially since possible fibers in the microcrystalline ash of calcium carbonate (chalk powder) are difficult to detect and analyze.

Further enrichment of mineral constituents can be performed analogously to VDI 3866, Sheet 5, Appendix B:2017-06 by treating the ash with 10% hydrochloric acid, then suspending the sample in a defined amount of water and filtering through a gold-vaporized core pore filter. This further preparation step enriches mineral constituents by at least 10-fold up to 50-fold (2% acid-insoluble residue in the ash of the adhesive paper) in a largely uncontaminated sample, depending on the load of the filter paper (compare Figures 2 and 3).

Test of sampling and analytical procedure on a contaminated firefighter's jacket

Figure 4: Preparation for contamination of a firefighter jacket

MeyerundKuhl Spezialwäschen GmbH provided a discarded firefighter jacket which was to be exposed to 2 types of asbestos and artificial mineral wool in the simulation of operating conditions.

On the test jacket, the neckline, sleeves, and waistband were sealed with adhesive tape and the jacket and the 3 fiber samples were placed in a 100 l drum with a sealable lid. 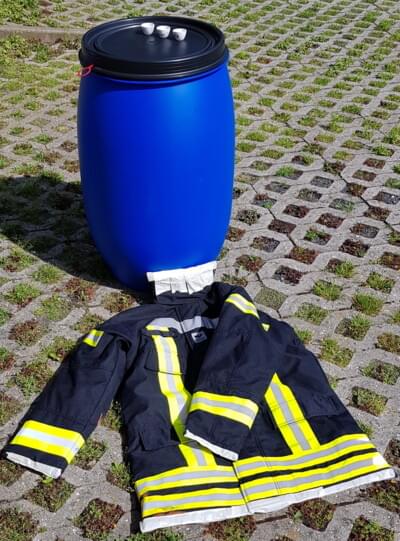 Figure 5: Experimental set-up for exposure of the test jacket to asbestos and AMF

The sealed barrel was rotated, turned, and rolled for 2 min, the jacket was then removed and tested at the following measurement positions.

In a second test step, a liter of water was added to the jacket and the remaining fibers in the barrel (simulation of rain, extinguishing water) and the process of rolling the barrel and sampling the 4 measuring areas was repeated on the wet jacket. This was to clarify whether the lint roller test can also be performed on wet clothing. 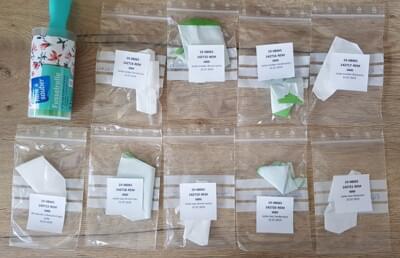 Figure 6: Blank sample and 4 adhesive papers each of the dry and wet sampling

Performance of the analysis

A blank sample and a total of 8 adhesive papers were incinerated at 450°C as described in section 2. A small portion of the ash was prepared directly as a scatter preparation, 50 mg of each of the remaining ashes was treated with acid, suspended in 250 mg of water, and 20 ml of the suspension was filtered through a gold-vaporized core pore filter with 0.8 µm pore size. The analysis of the scatter and filter preparations was carried out according to guideline VDI 3866, sheet 5, whereby only qualitative evaluation was carried out here and no quantification of the measurement results, e.g. in fibers cm-2 substance, was carried out due to the high occupancy density.

Results: Both types of asbestos and glass wool could be detected in all 8 subsamples.

As expected, the visibility of the individual fibers is much better in the acid-treated and filtered samples than in the scatter preparations (cf. Figs. 7 to 12).

A supposedly small amount of 100 mg each of asbestos and glass wool on a jacket in a 100 l ton leads to a considerable fiber load on the clothing surface and can be reliably detected by a standardized test method for asbestos (VDI 3866, sheet 5) after sampling with a lint roller.

Simultaneously with the testing of the firefighters' jacket contaminated by us, we received a set of 3 pants and 4 jackets from a real firefighting operation with suspected asbestos contamination via MeyerundKuhl Spezialwäschen GmbH. The garments were individually packed in sealed plastic bags. One jacket was dry, all other garments were damp to wet.

The lint roll test was repeated on these samples with analysis as a litter and as a filter preparation, and additional sampling of the inside of the bags was performed using aluminum plates fitted with conductive carbon pads.

After completion of the tests, the test jacket was handed over to MeyerundKuhl Spezialwäschen GmbH for cleaning according to their special washing procedure for contaminated firefighters' clothing, cleaned and returned to us.

According to the procedure described under point 3, sleeves left and right, front and back were sampled by means of a lint roller and the samples were examined as litter and filter preparations. In order to obtain a reliable test result, the analytical effort was increased compared to VDI 3866, Sheet 5, and 100 mm2 (of 380 mm2) of surface area was analyzed for each preparation at different magnifications.

In none of the 4 preparations could either of the two types of asbestos or glass wool be detected. Thus, it can be assumed that the washing performed by MeyerundKuhl Spezialwäschen GmbH is complete for all 3 fiber types, or that the remaining contamination is so low that it can no longer be detected by reasonable analytical effort.

Assessment of the detection sensitivity of the method

All approaches for estimating the detection sensitivity of a method for asbestos analysis from the material or dust samples available here are mass-based (cf. VDI 3866, sheet 5, BIA/IFA method 7487, ISO 22262-2).

Thus, the detection sensitivity of 0.001 mass percent asbestos/FMA or better in the ash can be assumed for the test method used here in accordance with VDI 3866, Sheet 5, Appendix B:2017-06. However, this initially says nothing about the exposure of the clothing surface to fiber structures (single fibers, fiber bundles) and the possible fiber release potential after use.

Table 1: Calculation of the detection limit for the analysis of asbestos and FMA on firefighters' clothing.

Between 4 and 16 fiber structures could be detected on the 7 specimens of the examined firefighters' clothing (cf. chapter 4) from a real operation under standard conditions of an asbestos examination according to VDI 3866, sheet 5 (evaluated area 43 mm2 filter area at 50-, 200-, 1000- and 2000-fold magnification on the evaluation screen). According to a first assessment and in comparison with the filter preparations of the jacket artificially exposed to asbestos and FMA with several thousand fiber structures per mm2, this seems to represent rather small contamination, which, however, can be reliably detected.

To calculate the detection sensitivity of the method, Poisson statistics are used in accordance with VDI 3492, Measuring Indoor Air Contamination. This states in a simplified form that, for a count result of "0 fibers", the actual value lies between 0 and 2.996 fibers with 95 % probability.

From the parameters for sample preparation and analysis (cf. Table 1), the upper Poisson value 3 (for a count result of 0) results in detection sensitivity of 0.4 fibers per cm2, or 3682 fibers per m2 of substance.

Tests on clothing from a fire department incident with possible asbestos contamination, as well as a test jacket exposed to 3 types of fibers, show that the use of a lint roller is a suitable method for collecting mineral dust for subsequent analysis. This form of sampling works both with dry and on wet/damp work clothing.

With the guideline, VDI 3866, Blatt5:2017-06, a suitable and reliable analytical method exists for the accumulation of mineral, fibrous components in the sample by ashing, acid treatment, and suspension/filtration, and for the detection with sufficient sensitivity by MEB/EDX in the filter preparation.

The detection sensitivity of the method, estimated via Poisson statistics, is 0.4 fiber structures per cm2 of substance.